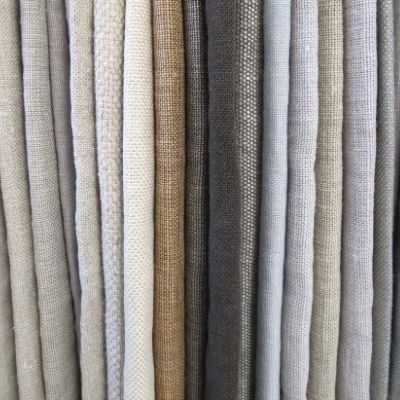 If you’re looking for a classic upholstery fabric, you can’t do much better than linen. Made from the fibers of the flax plant, linen has been around for thousands of years (it was even used as currency in ancient Egypt). It’s still loved today for its beauty, feel, and durability. Considering getting a sofa or chair upholstered in linen? Here’s what you need to know about how it’s made, when it works, and when you might want to go with a different fabric.

Where Is Linen Made?

While Belgium, France (Normandy), and the Netherlands are considered to have the best climates for growing flax, it can be grown elsewhere in Europe. Flax is also grown in Russia and China, though the fibers grown outside of Europe tend to be of poorer quality. One exception to this rule is flax grown in the Nile River valley, which benefits from the rich soil found there.

While processing is usually done near where the plants are harvested, linen weaving can happen anywhere. Many say the mills of Northern Italy produce the best linen, though ones in Belgium (of course), Ireland, and France also produce high quality fabric.

Linen has a well-deserved reputation for eco-friendliness. Flax is easy to grow without fertilizer or irrigation and it’s naturally resistant to disease and insects, requiring little use of chemicals (as a comparison, cotton uses seven times more chemicals than linen). Flax also uses one-fourth the water that cotton does during processing and produces little waste, since every byproduct is put to use. Even better, linen possesses a natural resistance to bacteria, microflora, and mildew, making it a great choice for those with allergies.

It Stands the Test of Time

Linen’s durability is legendary. It is the strongest of the plant fibers (approximately 30 percent stronger than cotton) and its strength actually increases when wet. (Random trivia fact: Money is printed on paper that has linen fibers in it so that it’s stronger.) But durability is just one factor to consider—linen might not stand up super well to heavy everyday use. It’s not very stain-resistant and the fibers will weaken if exposed to direct sunlight. That’s why linen may not be the best choice if your room is flooded with sunshine or your children and pets tend to be on the messy side.

Don’t Get Fooled By Thread Count

Some retailers brag about the high thread count of their linen fabric, but they neglect to take into account the thickness of the yarn. Flax fibers are naturally thicker than cotton, which means fewer threads can fit in a square inch. That’s why a high thread count doesn’t necessarily translate to a better quality linen fabric. The important thing to remember is that a thick, densely-woven upholstery fabric will hold up better than one that is thinner and/or loosely woven.

How Linen Looks and Feels

There’s a good reason why summer clothing is often made from linen: It feels cool and smooth to the touch. But while the long linen fibers are good because they don’t pill and stay lint-free, they’re not very elastic. As a result, the fabric doesn’t bounce back when bent, resulting in those infamous linen wrinkles. While many prefer the casual look of crumpled linen, people who want a crisp, wrinkle-free look should probably avoid 100 percent linen. Blending linen with other fibers like cotton, rayon, and viscose can increase elasticity, reducing how easily it wrinkles.

Linen also doesn’t take dye well, explaining why it’s usually found in its natural color: off-white, beige, or gray. As a bonus, those natural colors don’t fade easily. If you see pure white linen, know that it’s the result of strong chemicals that aren’t very friendly to the environment.

One last note about how linen looks. You’ll notice that a lot of linen has something called slubs, which are lumps or thick spots in the yarn. These aren’t defects, and in fact, some people appreciate the look of slubbed fabric. However, the best quality fabrics will have a consistent yarn size, and be relatively free of them.

Like every upholstery fabric, linen benefits from regular maintenance. Vacuuming at least once a month to remove surface dirt will help it last even longer (nothing wears out upholstery more quickly than rubbing dirt into the fabric every time you sit down). What to do if a spill happens? Although linen does not take dye well, it seems to hold onto stains. It’s also not the easiest fabric to clean, and the best advice is to follow the manufacturer’s instructions. When in doubt, call a professional upholstery cleaner.

If you have a 100 percent linen slipcover, they should be dry-cleaned to avoid shrinkage (although some blends may be washable—check those manufacturer instructions). Even if your slipcovers are washable, it is best to avoid bleach, as it will weaken the fibers and may change the color. If bleachable white slipcovers are what you want, consider a heavy cotton fabric instead.

Like what you read? Visit thestatedhome.com to shop our collection of made-in-America furnishings. 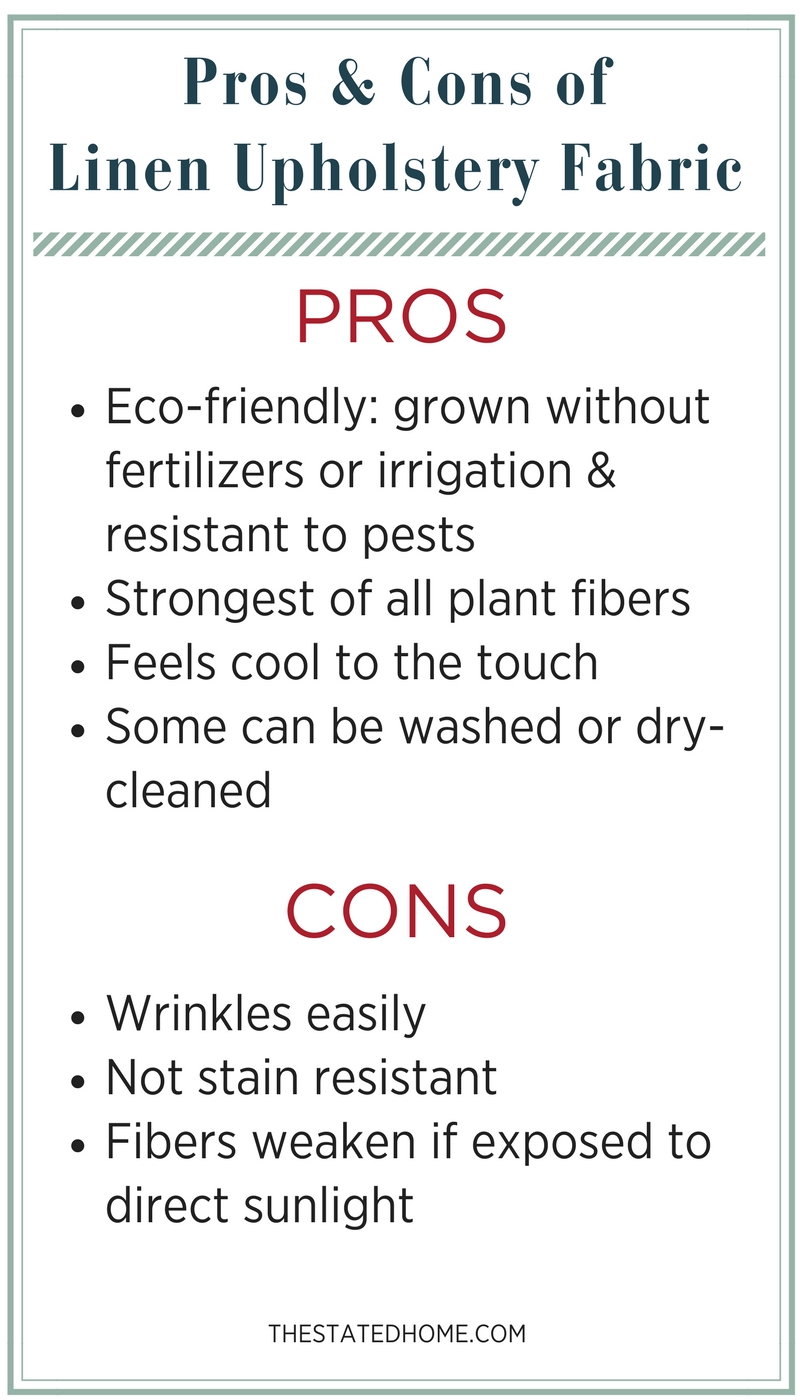 I feel like summer didn't even happen, guess we'll

To cobbler or crisp? That is the question. Either

Nature is always good for some color combo inspira

I've been sitting on this picture for a while, but

Great advice not only for furniture, but for anyth